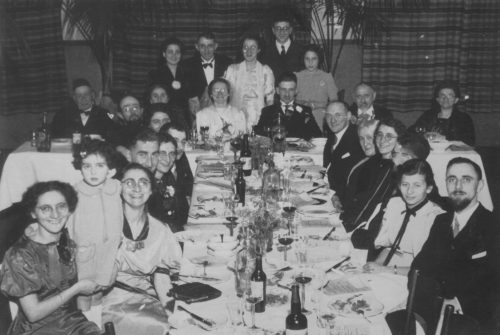 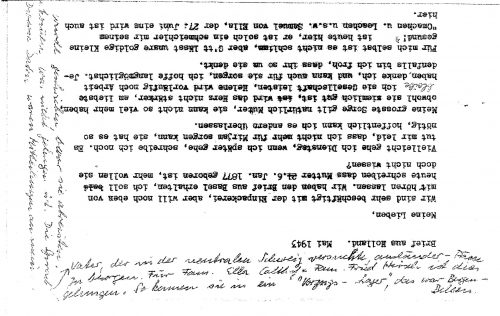 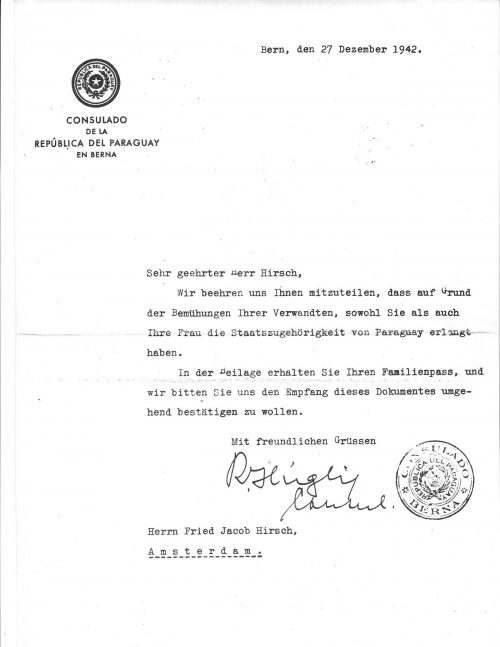 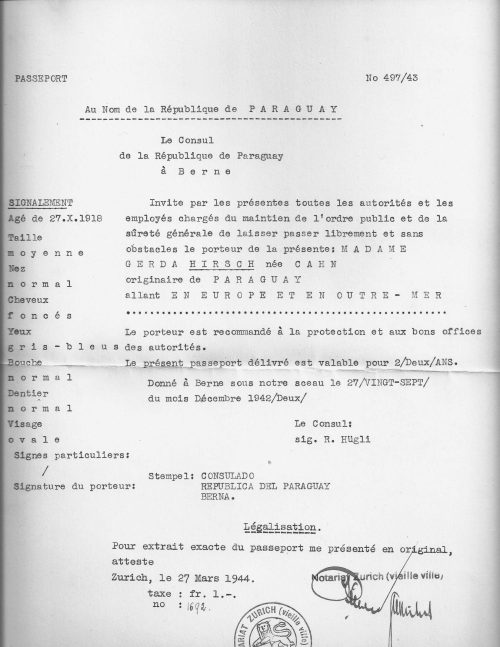 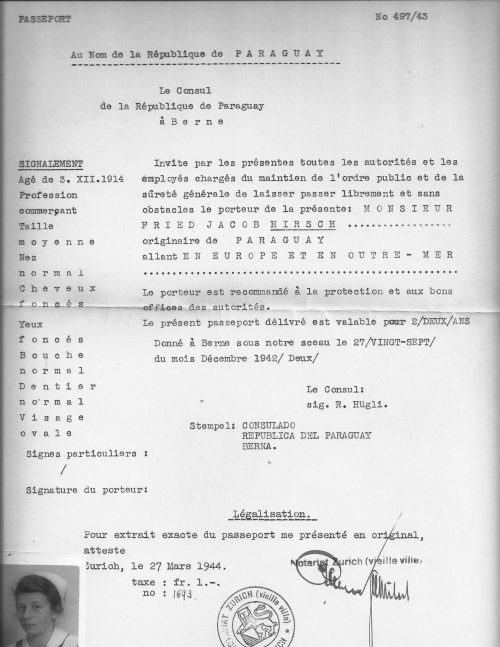 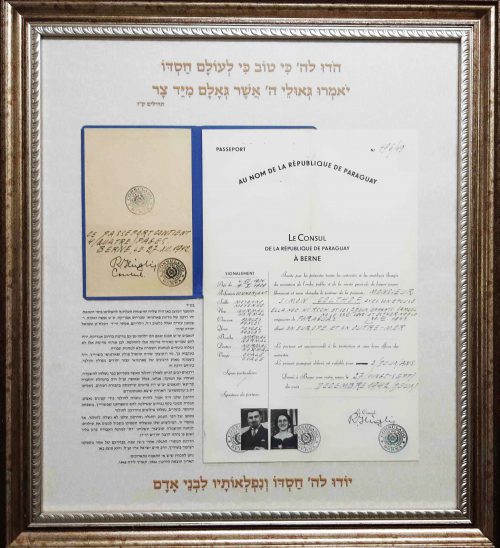 I will start our story with the introduction of my mother’s family, which had origins in Zwolle, a town in the eastern part of the Netherlands in the province of Overijssel. My late grandfather, Samuel Juda Hirsch, was the Chief Rabbi of the province, and married my grandmother, Betty Hirsch-Wormser, who was born in Karlsruhe, Germany and moved to Zwolle after she married my grandfather. She actively assisted him with his rabbinical tasks and was very involved in the local community.

Ten children were born and raised in keeping with Jewish tradition, seven daughters and three sons, including my mother Ella. The last happy celebration of the large family was the wedding ceremony of my Aunt Jenny to Nico van Zwanenburgh on 4.11.1940. All the children and the partners of the married ones were present.

Then dark clouds moved over the Netherlands with the German invasion and the Nazi rise to power. Harsh measures were taken against the Jews. The deportation of Jews from all regions of the Netherlands began, including those from Zwolle. Since some of the Hirsch siblings were married, several others, among them my mother, lived in Amsterdam in order to enjoy a more active Jewish life in the big city.

Slowly, everyone was forced to leave their homes and move into ghettos, since it made it easier for the Nazis to conduct the deportation to the “East”. Some family members went into hiding, including my mother’s eldest brother Rafael. However, collaborators betrayed the heroes who hid him and other fellow Jews. It often happened that hiding places were reported to the local Nazi organization in exchange for money.

And now, I’ll explain our connection to the Paraguayan passports. My grandfather Samuel Hirsch passed away in 1941. However, my grandmother and some of her siblings remained in Zwolle, living in fear of their fate. My grandmother Betty Hirsch-Wormser had a brother and sister in Zurich, Switzerland, and they were deeply concerned about her well-being. Those relatives had been asking for the birth dates of several family members, in order to obtain false passports, which could possibly be used to rescue them.

Only in recent times did a grandson of one of these relatives discover in his late parent’s paperwork a farewell letter, dated May 1943, from my mother’s sister Lea. She was still living at home in Zwolle and wrote to the Swiss family describing their situation and the fact that soon they would “travel”. She also added several dates of birth, apparently meant to be used for the paperwork to be issued. My mother’s cousin typed out the letter and, in her handwriting, added a remark:

“My father in neutral Switzerland tried to obtain foreign passports.” This only saved Family Ella Colthof and Fried Hirsch. They arrived in Vorzugslager Bergen Belsen”. The grandson also found, in his parents’ estate, a copy of the passport of Fried and Gerda Hirsch, my mother’s youngest brother and his wife, who had been married in a civil ceremony during the War, and he also found a letter from consul Huegli attached to the passports.

As an outcome of obtaining the Paraguayan nationality (the data were apparently transferred to the Netherlands), my parents Ella and Simon Colthof, with my brother Samuel and my late sister Esther, my late uncle Bentsion and his wife Renee and twin girls Nettie Judith and Bettie Shulamit were deported together, first to a transit camp in the Netherlands in Westerbork and then to Bergen Belsen. Rafael, who was hidden in Eastern Holland, was betrayed and deported to Bergen Belsen too. Fried, who was married to Gerda Hirsch-Kahn, managed to jump out of the train and was hidden and later reunited with his wife Gerda, who was also deported to Bergen Belsen, after it was liberated. Regretfully, neither Rafael nor Bentsion survived the harsh conditions of Bergen Belsen, nor did my sister Esther Colthof survive Westerbork.

However, my mother always explained to us that due to the Paraguayan passports issued by her Swiss uncles, they were spared of being deported to the death camps of Sobibor and Auschwitz. Though the Nazi authorities were very suspicious about the numerous South American passport holders in the Netherlands, they felt they should keep them as a bargaining chip for the eventual exchange of German prisoners in Palestine.

Regretfully, the paperwork obtained for my late grandmother Betty Hirsch-Wormser and the rest of her children and grandchildren who remained in Zwolle came too late and they were deported and murdered in Sobibor. That is the story we knew as we grew up in Holland.

Seventy-five years later, my nephew Rafi (named after my uncle Rafael) living in Zurich, came across a sibling of the Eiss family, in a completely different context, who asked him how he spells his surname. When Rafi told him the spelling of Colthof, this young man asked if he was related to a Simon Colthof, since he once had seen a Paraguayan passport in the name of Simon Colthof in the archives of the Eiss family. Rafi answered: he was my grandfather. After negotiations, the original passport was traced and brought to Israel and handed over to our family. Since my brother Samuel is the only living person today mentioned in the passport, he is the proud owner of it and made a memorial of it.

At about the same time, the original passport was discovered and handed over to our family, we were approached by the Polish delegation to Switzerland and invited to the memorial ceremony of consular employee Konstanti Rokicki in Luzern. We had the opportunity to learn about the involvement of the Lados group. We learned that Ambassador Aleksander Lados and colleague Stefan Ryniewicz played an important role in obtaining South American passports, not only for Polish Jews, but for Jews from other countries as well, including the Netherlands. The fact that our uncles were members of the same Orthodox community in Zurich as the late Chaim Eiss, and Julius Kuehl (a Jewish employee of the Polish embassy in Bern), meant that they must have known of their activities.

Seventy five years later, the story of the life-saving passports of my parents has finally been completed.

This article is protected by copyright. 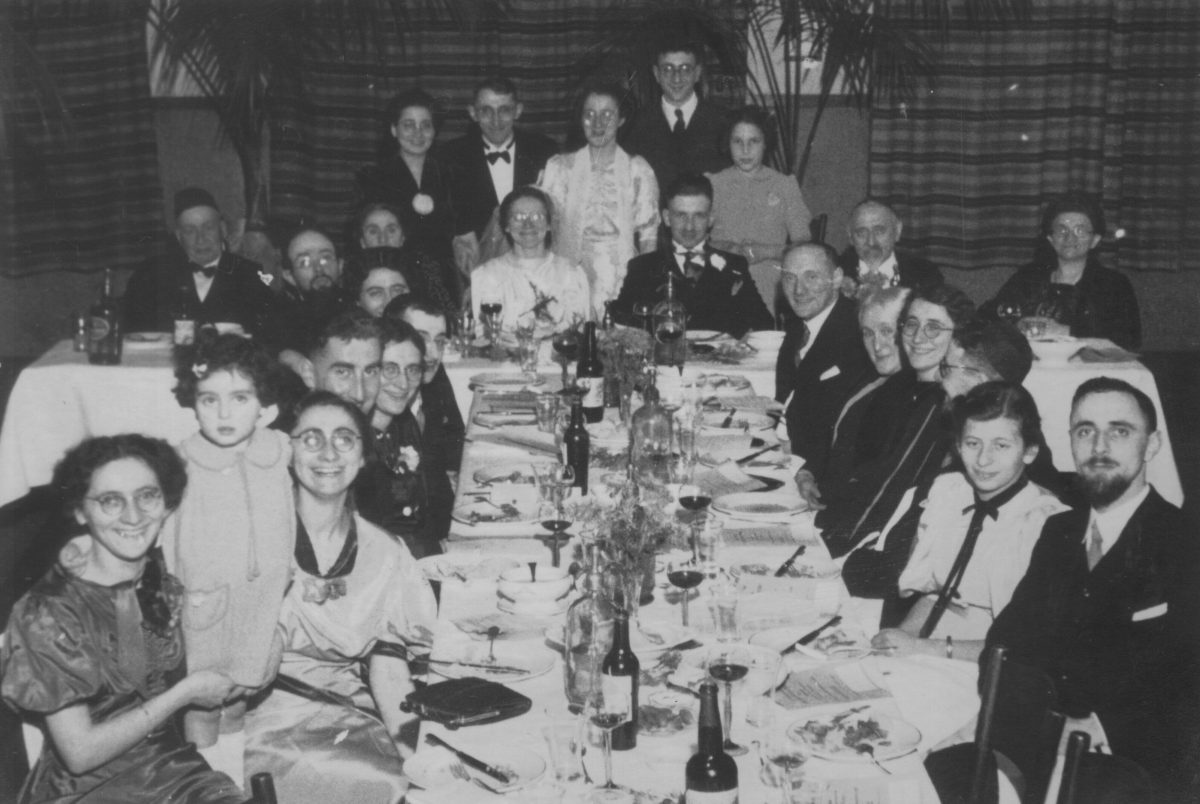 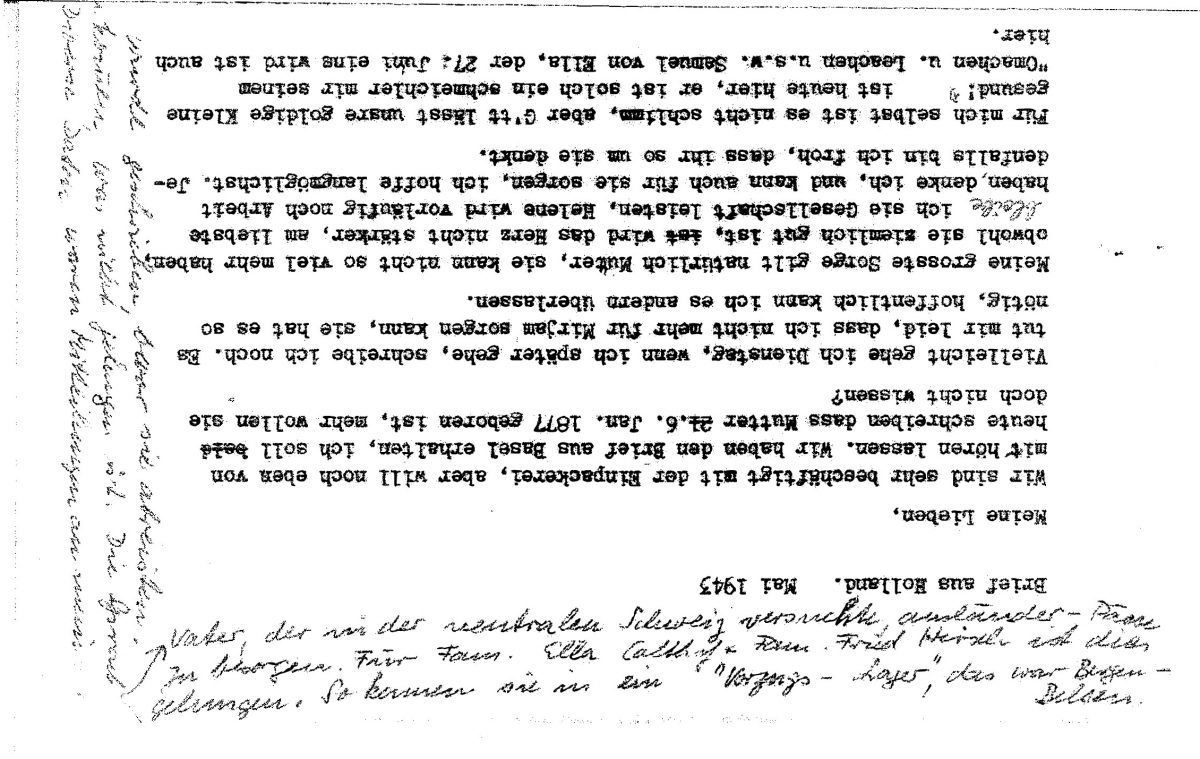 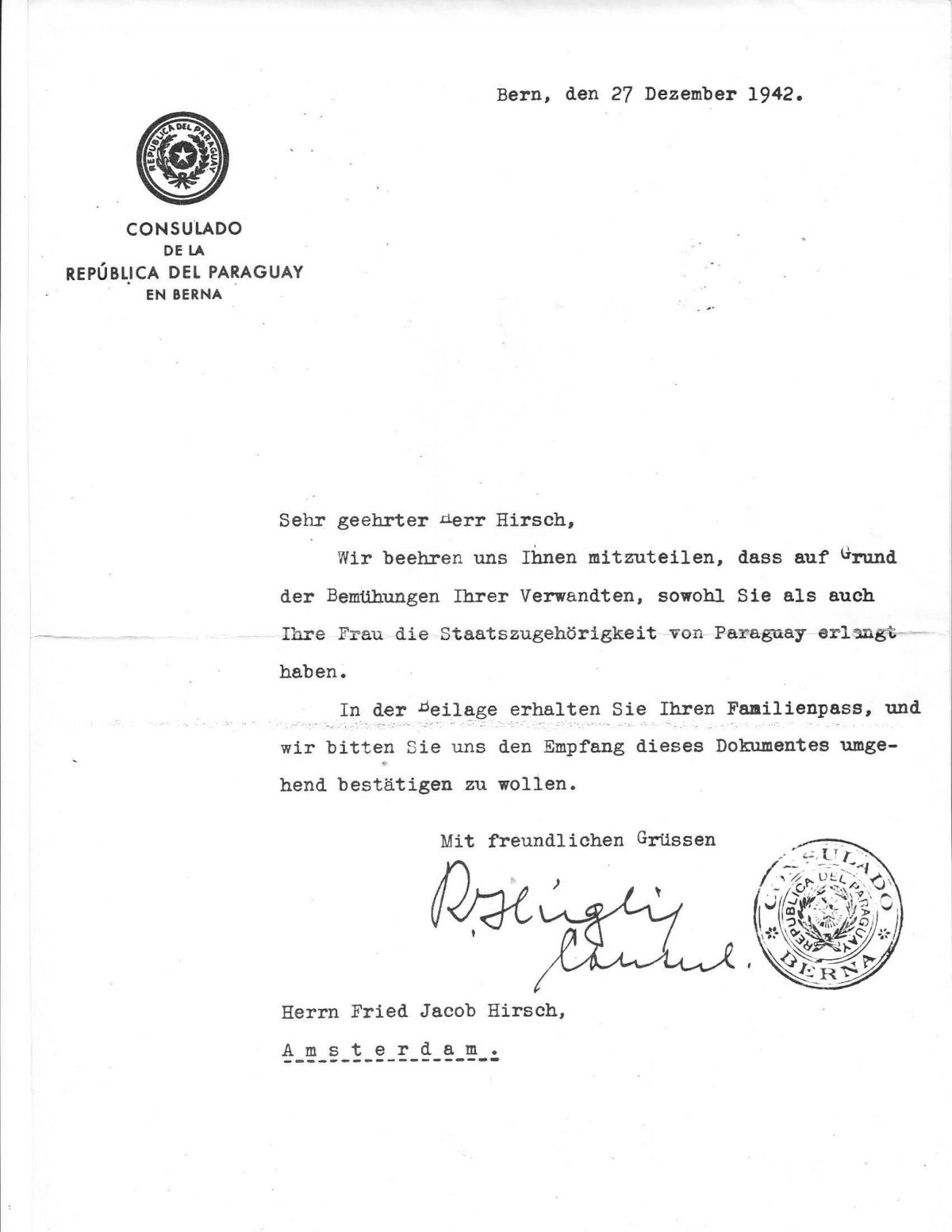 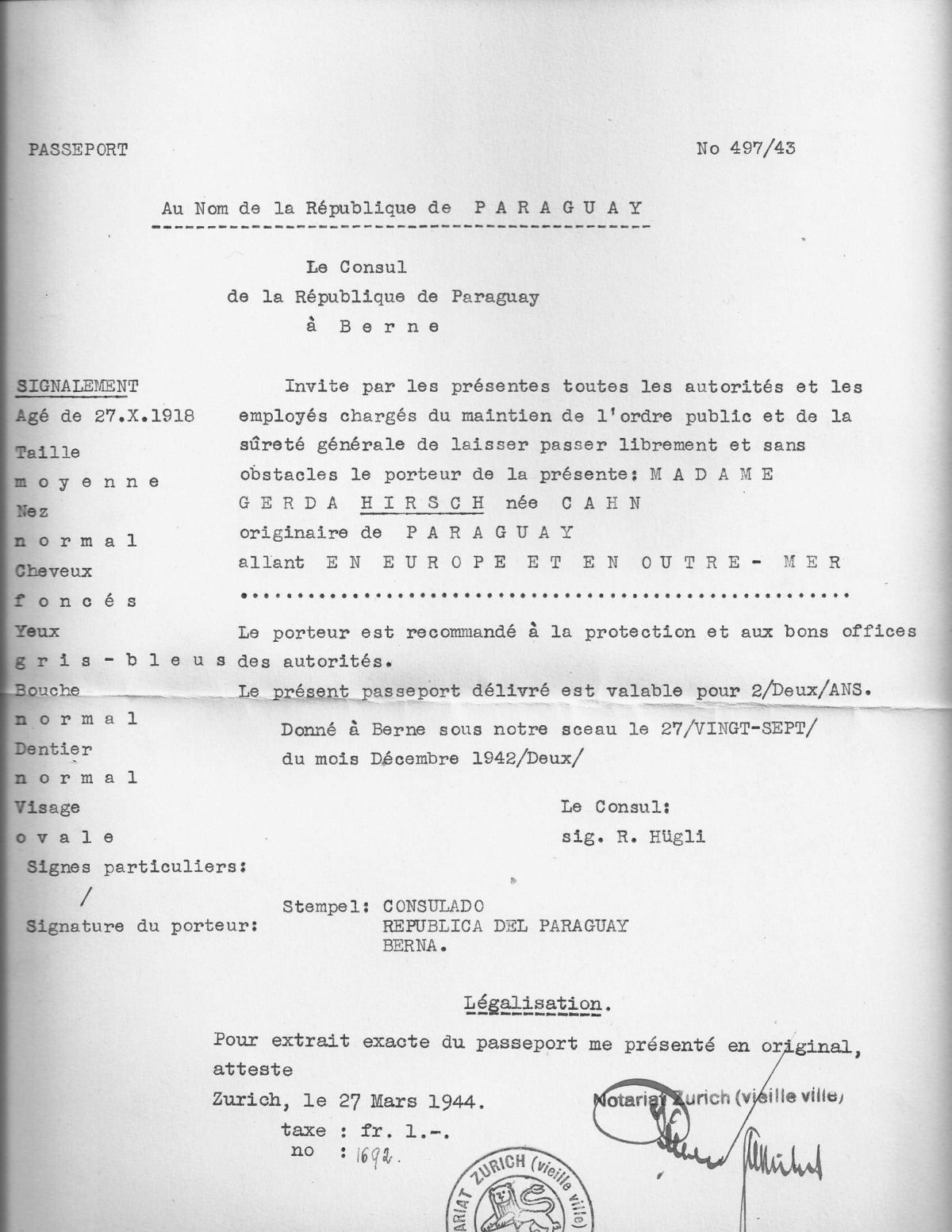 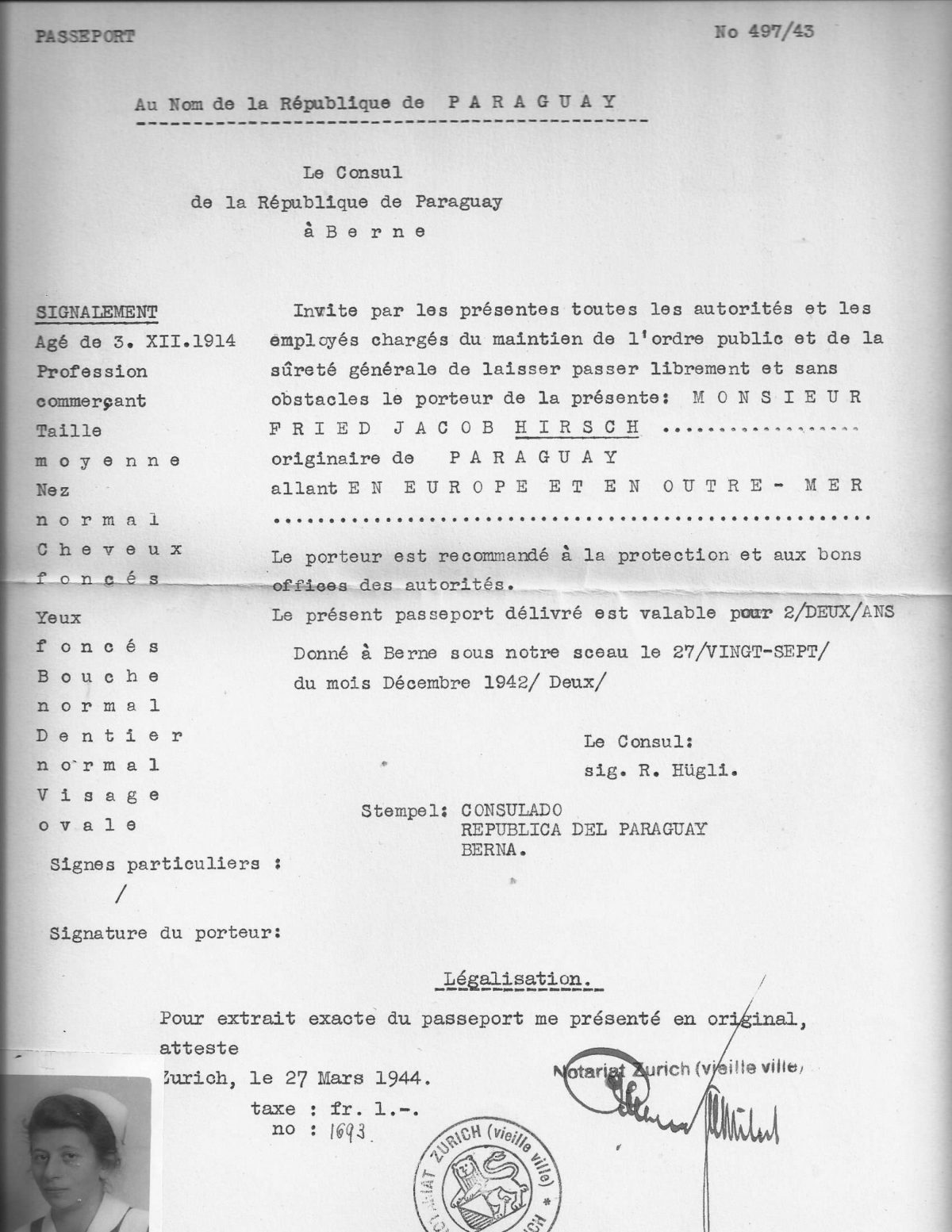 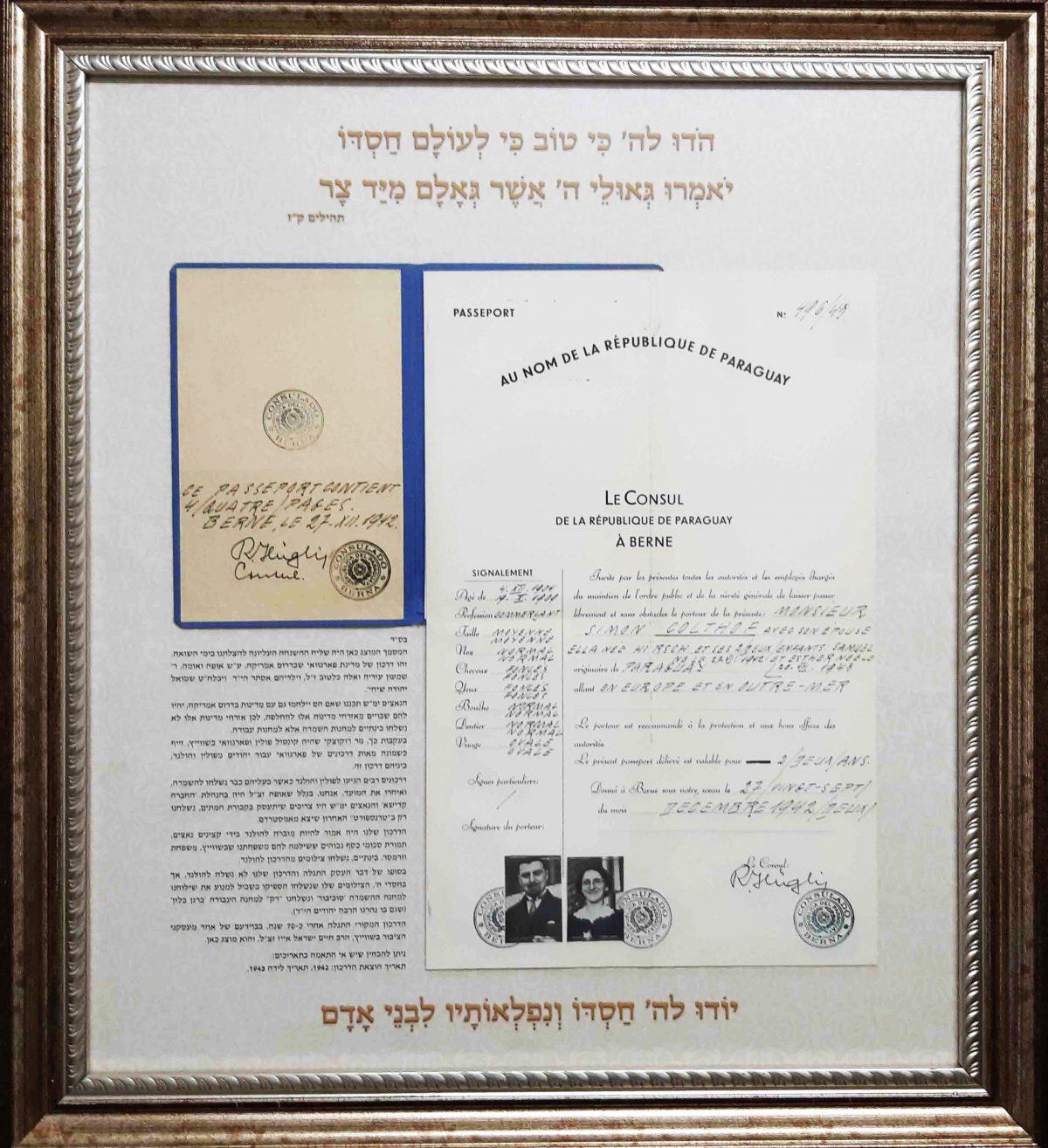